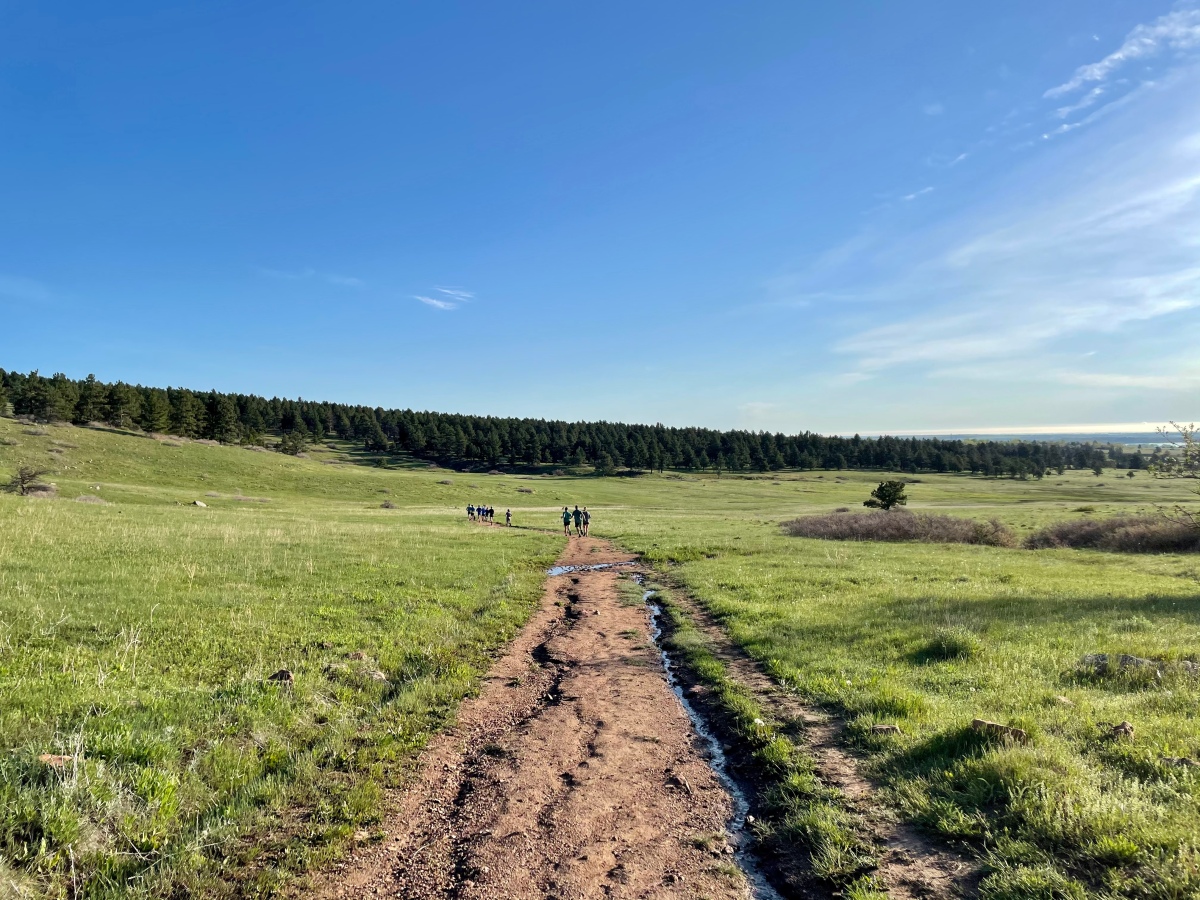 If you had told me this time last year that I’d be running trails almost exclusively now, that I’d feel naked if I ran without my vest, that I’d be planning to run 50 miles this fall in the Grand Canyon, I would’ve laughed in your face. I’m a road runner through and through, I thought at the time. And ultras? Pshhh, 26.2 miles is far enough. At the time, a 6-mile lap of Green Mountain left me nauseated, tomato-faced and utterly self-conscious that I kept the badass mountain goats aka Rocky Mountain Runners crew waiting for me as a stumbled along, trying not to freak out that I was basically alone in the woods.

Then Covid became a thing. Newly single and unable to physically connect with the few friends I had in the area at the time, I decided to spend last spring exploring unknown territory, learning how to feel comfortable navigating trails on my own. I started with hikes in the Front Range, then graduated to routes an hour or so into the mountains at higher elevation. Those hikes turned into runs, and before I knew it, I did things I swore I’d never do.

I ran on trails in the dark after climbing up a wall of snow and hurdling a rushing creek.

I made running Green a habit, and did it entirely in the dark a few times.

I discovered snow + spikes actually do make for ideal trail conditions. Ice… not so much.

I navigated Class 3 and 4 terrain between the Arapahos, putting my phobia of exposure to the test.

I (accidentally) ran 32 miles in the Grand Canyon after driving 12 hours and sleepless night in a powerless AirBnb.

I got to witness my first cloud inversion on a particularly freezing yet spectacular morning on Green.

I signed up for and completed my first official ultra distance in the rugged red wonderland that is Moab.

I ran Green twice in one day (and somehow felt better on the second lap).

I learned how to actually want to set an alarm for 4:35 a.m. because sunrise runs on trails surrounded by friends are next level epic. Every. Single. Time.

I completed the entire Skyline route two times despite nearly keeling over up Sanitas both times.

I learned to embrace playing caboose on Green.

None of this would’ve happened if I hadn’t met the Rocky Mountain Runners. Thanks to them, I’ve learned the cliche “never say never” is a real thing, especially when you’re surrounded by insane, incredible, inspiring people who know how to live life fully, who push themselves physically and mentally just because they can, who start snowball fights on a Monday evening in May at the top of a mountain, who show up at 6 a.m. in green tutus and button downs for a “wedding” run, who won’t hesitate to offer their expertise and knowledge to newbies like me, who make you believe you can do things you swore you’d never do and support you every step along the way.

In the past year, I’ve experienced a sort of rebirth in my running through this group. Trail running almost feels like a new sport, one where the focus is more about the journey and less about splits and pace. The goal oftentimes is to get high–literally speaking, the more vert, the better, and I’ll attest the runner’s high is more easily achieved on dirt. And it’s all addicting as heck. All I aim to do nowadays in races or on new routes is to challenge myself and simply have fun. No pressure. Just soak in my surroundings surrounded by the best company I could ask for. My lack of coordination and body awareness as well as desire to keep my body relatively intact means I’m far from being a leader the pack. Slow is the new fast. But I’m a-okay with that. And I love that I’m okay with that. Because that’s not the point of my running anymore.

RMR’s slogan says it perfectly: “This isn’t training. This is living.”

This group has kept my heart full and refilled my cup with gratitude every time it was drained by the chaos that was last year. I’ve belly-laughed often and cried tears of relief, had those deep, meaningful conversations that only seem to bubble to the surface while in movement, and developed a new level of confidence in myself. It’s made me appreciate the truly epic beauty of the outdoors, and I crave that fresh air and time spent unplugged from it all. And it continues to introduce me to an ever-growing community of badass humans who are inevitably becoming best friends.

The crazy part? This journey is only just beginning.