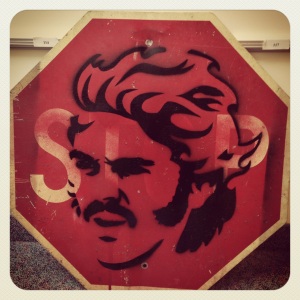 Recently I’ve been inundated with all things Steve Prefontaine. It all started with this seriously epic Pre stop sign that our art director created for a feature in the April 2013 issue of RW (pick up a copy and read it because it’s really, really good). My coworker then interofficed me his copy of Pre with instructions to finish it before the Boston Marathon. After getting over a (teeny tiny) obsession with the TV show Friday Night Lights, I dove right in.

The book satisfied every fiber of my inner #runnerd. It covered details from his entire career, clarifying the scope of his impressive and inspirational dominance in the sport. Because I was born nearly 20 years after his death, Pre has always been quite literally the stuff of legends. Like any other runner, I know his most famous quotes by heart. And yes, I was one of those geeks that had a poster of him in my dorm room at college. (Click here to see proof. It’s above the TV.) He’s one of the most enduring running idols ever, but I never really knew why.

I learned A LOT about Pre from reading the book. But what struck me was how genuinely normal he was. Here are my three passages that struck me the most: 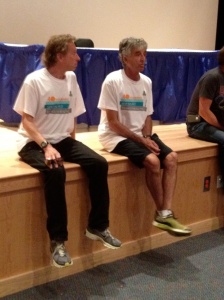 Thanks Bart Yasso for introducing me!

What capped off the book were the parts about Pre’s relationship with Frank Shorter. [Fair warning: This will likely sound very silly/obvious/cliche/dumb, but I get pretty intrigued by weird connections like this.] I met Frank and Bill Rodgers at the Falmouth Road Race last year and watched them speak on a panel. I also ran into both of them at the hotel at the Walt Disney World Marathon. But I didn’t realize then was that Frank was Pre’s close friend and training partner. He was also the last person to see Pre alive. (Pre dropped him off right before the accident). When I finished the book, I couldn’t wrap my brain around the fact that I’d met (and spoken to, and shaken hands with) someone who knew Pre. [Cue the obvious!] Pre was very much a real person. That’s what I call crazy bonkers.

Immersing myself in the seven-time American record holder’s life added color to my previously hazy perception of Pre. I now appreciate his words that have been plastered on runners’ walls for years; they no longer seem cliche, which makes them all the more inspirational and moving.

If you’re in need of a little motivation, I’d highly recommend geeking out a bit with Pre. It’s worth it. (And yep, I’ll be watching Without Limits this weekend, and I’d bet money that I’ll be in tears at the end!) 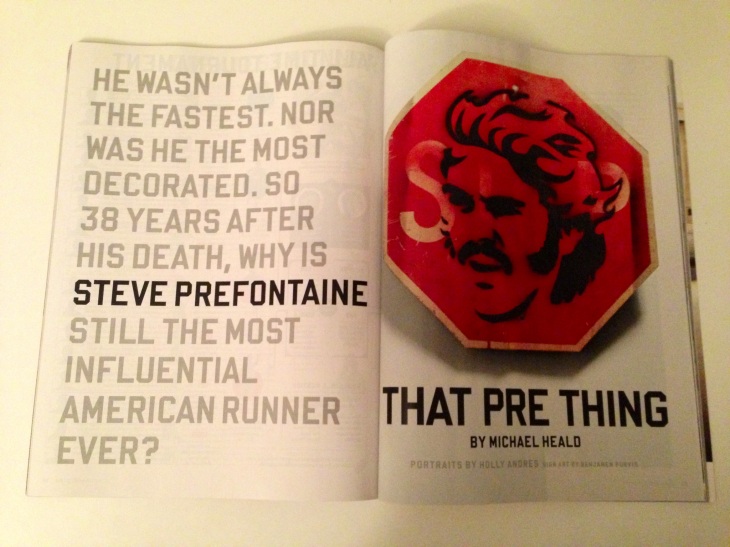 QUOTE OF THE POST: “Some people create with words or with music or with a brush and paints. I like to make something beautiful when I run. I like to make people stop and say, ‘I’ve never seen anyone run like that before.’ It’s more than just a race, it’s a style. It’s doing something better than anyone else. It’s being creative.” – Pre